A Shopping Trip and Business Discussions

On Saturday I went to see my sister in London. We went to Old Spitalfields market to have a gander of all the different products. There were some really amazing products and some great, quirky inspiration! It was actually a very good eye-opener for me who is having trouble with which direction to take my business next. I know I need a more cohesive theme but i’m struggling to find my niche. I recommend anyone having the same trouble to go and have a gander around other handmade shops, businesses and market places. Look at what they do, how they present their products and gain inspiration from their products (baring in mind that copying and inspiration are two completely different things of course). 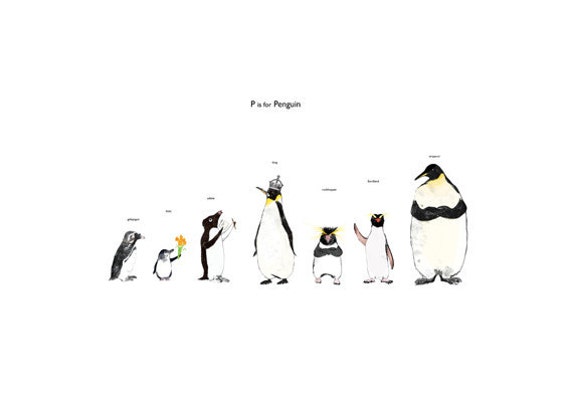 We then wen’t for a bit of retail therapy around the corner in a shopping centre. I ended up spending far too much money in H&M but definitely don’t regret any of my purchases. I got an adorable dress with a christmas light print and mesh layer on top, a snazzy jacket and two pretty t-shirts (one bought for me by my generous sister who saw me pining after it). I also spent my Next christmas voucher on a snazzy pair of sunglasses!

We then decided it was time for a bite to eat and had some business chat over a bowl of chips and a few drinks.

Dressed for different seasons, I promise it was sunny when I first put on my snazzy new glasses!

It was really useful to have a big chat about the shop and has really helped me to see what I want for it in the future.

I feel i have more direction with my business now. I just need to wait for a few more supplies to arrive for me to really get stuck in, but I promise there are exciting things for the future, i just need to make sure I stay motivated and don’t procrastinate too much.

Sorry for my laziness…

I know i know, I’m a terrible blogger. I am trying to change my ways, especially now that my family have put so much into my fashion business! But more on that in my next post (It will also be posted today)…first I need to catch you up.

The reason i stopped blogging is because I went to China! My mother and I decided to treat ourselves to a nice holiday abroad, and it certainly was nice. But then I got back and the the idea of writing a whole blog about what i’d done there was too overwhelming. I wish i’d taken time to write bits and pieces when I was out there so that it wouldn’t have been so much to try and remember. Here are just a few of the highlights:

We started in Beijing which meant that we had to go see the chinese opera, the one in beijing apparently being the best in China. Our guide told us that it was ‘a must see once, and only once’. It soon became apparent why.

The music reminded me of the sound of John Cage, only with a tiny bit more structure. It mostly seemed to be just random notes or beats being played with only the occasional section seeming to make up a tune. The singing was…how can I describe it? Like the sound of a cat being strangled. It was quite hard to keep yourself from laughing in the first few minutes, but not long after it did grow quite tiresome, especially after 3 hours of it. I can see why our guide said ‘one time only’.

The King and his Queen

But saying that, it did have it’s good points. For one, the costumes were fantastic. They were so intricately and beautifully designed that it was hard to take your eyes off them. My particular favourite was the ‘Drunken Concubine’ who wore a gigantic headpiece which was almost blindingly sparkly! The magpie in me wanted to go take it off her head to keep for myself.

The movements were also quit mesmerising. They we’re very precise and often repetitive, but even the smallest part of them seemed to be moving with purpose. They would use tiny hand movements, sweeping arm movements and impressive leaps and always seemed in complete control of their bodies. It was the kind of movement you need to train for large number years to perfect and had me enthralled.

I probably would go see it again, despite my guides words, just maybe with some earplugs.

My mum likes her silly hat, I was a little jealous of it’s practicality.

Of course you can’t go to beijing without seeing the forbidden city! I recommend taking some very comfy shoes if you want to go, I regret that I did not.  It was really busy when we went as we seemed to have chosen a national holiday where loads of chinese flock to see the city. Many of these visitors had not really seen westerners before and we were told by our guide that to have a picture taken with us is often seen as good for their reputation. I boosted a very many reputations that day.

The city itself is huge. Just as you think that you have to be getting to the end you round a corner and see more buildings stretching out in front of you. You can’t actually go into a lot of the buildings, which is a bit of a shame, and the buildings you can look inside don’t really seem to have all that much in. There was one room, for example, which just had a giant, golden throne. Very opulent, but also very lonely.

One of many opulent Roofs.

But soon we started on what the trip was all about and over the next few days we walked The Great Wall. We started from the beginning, where the wall starts by the sea. This area is called ‘The Dragons Head’ as the wall is said to look like a great dragon snaking through the mountains. From there on we would walk sections (the longest taking around half a day) in between bus rides.

Lots and lots of steps

The sections of wall varied in difficulty dependant on whether it had been restored or not. We often found ourselves creeping along a narrow crumbling path with sheer drops on either side. I actually found the un-restored parts were a lot easier to walk than the restored parts. I had assumed the restored parts would be easier with their nice smooth paths and even steps, but actually this proved far more taxing as we were using the same muscles over and over. The un-restored areas forced us to scramble in sections, often using our arms just as much as our legs, giving our thighs a nice helping hand.

It was very interesting seeing these ruined and run down sections and then moving on to the tourist filled areas with kids running up and down as though this amount of steps was nothing to them. Personally I much preferred the quieter areas where I was free to look out to the scenery and relax at the serenity of it all. Very easy to do with scenery as breathtaking as it was. I would go back again just to see the rolling hills with the wall winding around them into the distance.

Another reason I would definitely go back would be for the food! As it was quite an energetic holiday I assumed I would at least lose a bit of weight…Nope. I ate so much food it definitely made up for all the exercise I was getting. Every meal seemed to come with rice and was just delicious, their crispy duck was moist and fatty, their sweet and sour crispy chicken was far better than the things we get in take aways over here (although you could taste the similarities). Everything we tasted was a treat, the only problem I had with the food was the lack of puddings.

However the food in Xi’an (pronounced Shi-an) was different. Theirs was more noodle based than rice based, but just as mouthwatering, and they had dessert!

On the last night we went to a dumpling feast which was accompanied by a show containing music and dance with some truly stunning numbers, and again with amazing costumes. All the dumplings were handmade and shaped (see above) to let us know what was inside and extremely tasty!

Whilst in Xi’an we went to visit the famous terracotta warriors. I think these are definitely a must see, but It’s doubtful that i’d go again.

The warriors themselves are very impressive. There’s so many and they all have unique faces which makes it really is quite fun looking around and trying to give them all their own personalities. There are 3 warehouses, number 1 is the biggest and i’d recommend seeing that one last. We went to number 1 first and were astounded by the numbers of warriors in there, to then go to the smaller warehouses seemed a bit deflating. I’d much have preferred to build it up gradually. There is only so much wondering around warehouses you can do though, and this is my reason for not wanting to go again. However, if they somehow manage to preserve the colour on the warriors that haven’t been dug up yet, I think I would be very interested in seeing them for a second time.

In front of the Army

All in all the trip was amazing. We went as a part of a tour group with a company called Explore, this was actually my 5th trip with explore and so I even got a discount (it was my mums 10th and she got an even bigger discount)! I really do love explore trips and it saddens me that I might not be able to afford another trip with them for a long while. This trip was definitely one of the best i’ve been on. The guides were brilliant, the group were lovely (not even one person I could say something bad about), and the country just amazing. I would recommend it for any budding adventurer.

One of our most scenic hotels

Of course there is so much more that I just didn’t have time to mention but was just as amazing.

If anyone is interested in actually going on the trip I took then it is on the Explore Website and Called ‘Walking the Wall’, here’s a link for your convenience.

Dancer from the Dumpling Feast